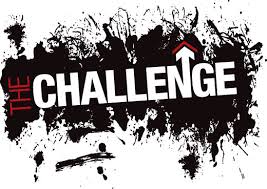 I’m subscribed to the mailing list of TransformMyPoker.com, and the coach behind the site, Nick Wealthall, recently sent out a poker 3bet re-steal challenge he called ‘Re-steal for the Win.’  I decided to take him up on this to see what I could learn from it.

I play a lot of MTT’s and this seemed like a good way to increase my aggression (I find that I’m much too nitty and don’t loosen up like I should as the tourney progresses) and test out something that, frankly, I need more experience in.

Reason for the Challenge:

Playing to survive, to not lose, IS a sure way to lose.  This is a mindset I’ve had for a long time that I’ve been working on changing.  I want to be the type of player who goes after pots, who tries to win and constantly asks himself, “How can I win this pot, off of this opponent?”

The 3bet Re-steal Poker Challenge allows you to practice upping your aggression, which is needed to accumulate chips in order to give yourself the best chance at winning the tourney.  Aggression wins tourneys.  The winningest players build stacks by putting pressure on weak, timid opponents on each street and getting them to lay down before showdown.

3bet re-steals are one of the tactics that the best, most aggressive players implement in their games.

I decided to do this over 15 different MTT’s which took me a few sessions to finish.

Quite often I got folds when it was the first few times I did it at a table.  I was shoving hands like A2o, QQ, Q7s, 98s, AKo, 88, J6s and loads of others.  Of course, I can’t be sure of what they folded as most don’t fold and show, but I’ve got to assume they folded hands better than the Q7s and J6s hands.

Re-steals got less effective as I did it more often

I found that after doing it 3 or so times at a table, opponents would pickup on my 3bet aggression and I would start to get pretty light calls from weak players by hands like 88, ATo, KJ and A3.  Most of the time, though, opponents were calling with top 10% hands: JJ+, AJs+, AQo+ and KQs.

I learned that when facing these weaker opponents, it really helped to have an A in my hand as a blocker to them having an Ax that they’d be willing to call with.  Often, my 3bet re-steals with 98s or QTs would get called by A8 or A4.  If I have an A, they’re less likely to have one, which makes my chances of a successful steal higher.

Choose hands that have decent equity when called

By choosing hands w/ good post-flop playability, when called I still had decent equity with lots of the hands I shoved.  I marked lots for review later (I use PokerTracker 4 and Flopzilla to analyze hands).  I found that I would often be just a 37% to 63% underdog with hands like 98s vs AKs or a 45% to 55% underdog with a hand like QJs vs ATo.

In the first 6 MTT’s I did it regardless of my opp’s stats, but after this I decided to tighten up just a tad and do this to either aggressive openers or those with high Fold to 3bet stats.  The frequency of folds I got seemed to increase, but I didn’t keep good enough records to actually count how many times I did this.  I kept track, but with so many games running at once I know I occasionally forgot to record a few hands.

One great benefit of doing this challenge that I will take with me from this point forward is the impulse I have to look at my opponent’s stats every time I have a hand that might be worth 3bet re-stealing or for value.  This is key as the more likely they’re opening light or fold a lot to 3bets the more often the re-steal will work.

I highly recommend taking on this challenge yourself if tournament aggression is an issue for you.  And if the cost of doing this is a factor for you, just do it online in lower stakes games so any losses don’t hurt your bankroll too much.

If you decide to take on this challenge yourself, please let me know how it goes in the comments below.