As a recreational player, “peak poker” for me is getting the occasional opportunity to play in Las Vegas. Whether it’s a couple hours’ drive or half a world away by plane, that scene of arriving in the desert and walking into one of the city’s famed poker rooms to mix it up is something that’s whet the appetites of pretty much every casual poker player the world over.

With that said, not every Las Vegas poker experience is the same; and I’m not referring to whether you’ll walk away a winner or loser at the end of your session. That, of course, depends on numerous factors including how well your game stacks up against the opponents who happen to be seated at your table, and good old fashioned luck. While there’s not much you can do about that latter bit, folks who want to boost their overall poker performance these days tend to enroll at the best poker training sites. But I digress…

The dozens of poker rooms in Las Vegas offer a wide variety of different games, atmospheres, levels of luxury, and other distinguishing factors that mean multiple types of live poker experiences you can have in the city. As such, depending on the type of experience you’d like to have, you ought to make sure you choose the right category of poker room to play in.

The five types of Las Vegas live poker experiences I describe below are based on my having visited upwards of two dozen of the city’s rooms over the past few years. No matter which you choose, you’ll have a great time, but it never hurts to be somewhat “better informed” going into your next session. 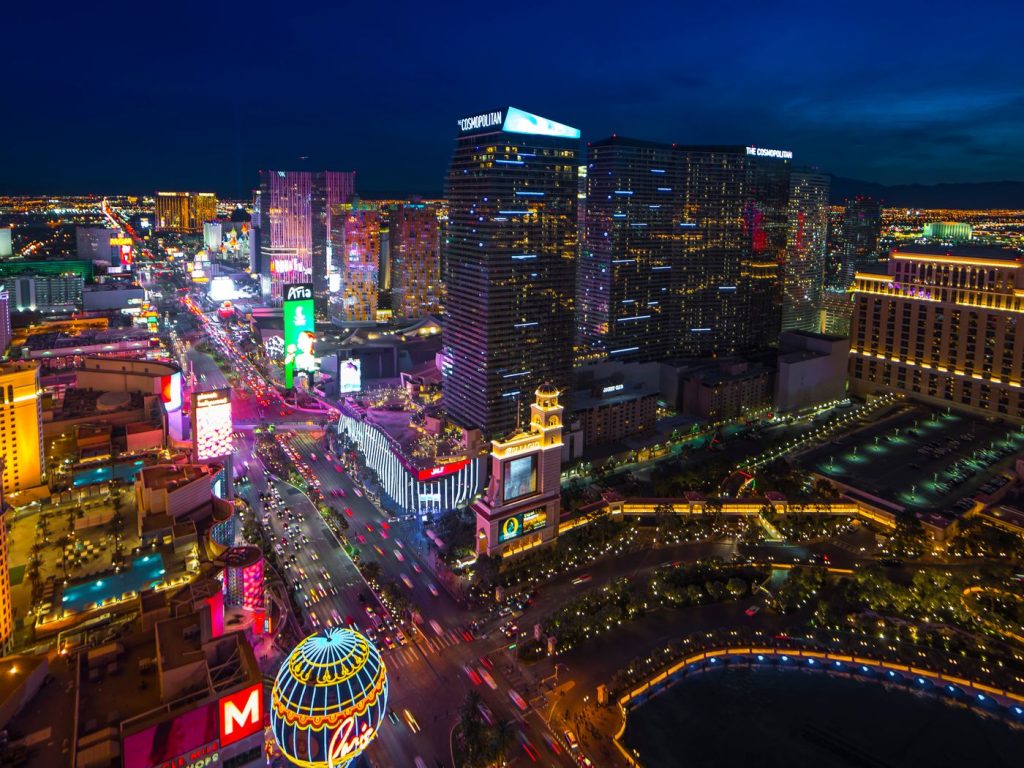 When you watch movies or TV shows depicting gambling in Las Vegas, 99 times out of 100 they’ll be situated in a Las Vegas Strip casino. Pure recreational players (e.g., wearing nametags after exiting a convention room) almost exclusively play poker in rooms on the Las Vegas Strip. These rooms also tend to feature bachelor party groups, tourists who’ve just taken in musical shows or comedy acts, home game poker enthusiasts, and bunches of folks just looking to have some fun and get in some gamble.

While there are some factors that set rooms apart within this category, for the most part, you’ll have a similar type of poker experience in each of these rooms.

Poker rooms that fit this description would include (but are not limited to): MGM, Mandalay Bay, Caesars, Bally’s, Harrah’s, Venetian, Flamingo, Planet Hollywood, and Excalibur.

While the poker rooms in this category are also located on the Las Vegas Strip, there’s no arguing that they’re a cut above the rest. There’s a good bit of prestige associated with playing poker at the Aria, Bellagio, and Wynn. As the three rooms are located in three of the most upscale properties in the city, it’s perhaps to be expected that “the typical players” in these venues would be somewhat more well-heeled.

Moreover, Aria’s poker room is home to Table 1 (formerly the “Ivey Room”) and the Bellagio houses the famed Bobby’s Room. If the top poker players in the world have chosen these establishments, it’s for good reason.

Some tourists prefer to experience destinations like the locals do; that goes for poker players visiting Las Vegas as well. With over 2 million people living in the Las Vegas metro area, many of them also enjoy a good game of poker, and they tend to frequent what are known as the “locals casinos,” all of which are located away from the Strip. 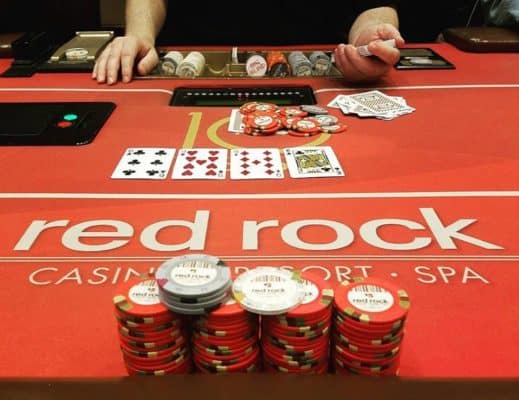 Resorts like the South Point, Red Rock, Green Valley Ranch, and the Station Casinos (Santa Fe, Palace) all have well-appointed, spacious poker rooms that offer plenty of action with a local flavor. In particular, don’t be surprised if the dealers know most of the players’ names in these rooms and vice versa.

In popular culture, “poker” has essentially become synonymous with Texas Hold’em. While it’s by far the most commonly played variant, there are plenty of other great variants of the game we all know and love. The challenge then, for lovers of mixed games, is finding rooms where non-hold’em games are spread.

While PLO has grown enough in popularity that a table or two can be found spreading it in most Las Vegas poker rooms, it’s exceedingly rare to find any other poker variant being spread, except perhaps at the highest limits… unless you know where to look.

The Orleans, Westgate, and Sahara poker rooms are known for featuring low-limit mixed games, with the Orleans even regularly hosting low buy-in mixed game tournaments. So, while there may be some exceptions with other Las Vegas poker rooms occasionally having a mixed game running, if you’re seeking out fellow mixed game enthusiasts, you’ll usually know where to head.

While the WSOP in the the summer of 2020 is the obvious exception to the rule, there’s nothing like having a WSOP live poker experience in Las Vegas. There’s more poker going on throughout the city during the summer than at any other time of year, with rooms packed and waiting lists common. The true WSOP experience, however, is of course had within the walls of the Rio, and is quite simply incomparable.

Between bracelet events, satellite qualifiers, and daily deepstacks, the venue hosts the greatest variety of tournaments, period. Tournaments aside, though, even taking a seat in a cash game in the Pavilion Room is quite the experience in and of itself. Every game available at every limit, with seemingly unending streams of players at all hours of the day; it’s poker heaven featuring the impossible-to-forget soundtrack of thousands of chips being shuffled.

Honorable mention goes to the permanent 10-table poker room, open all year round, located at the opposite side of the Rio. Enough players who’ve competed in WSOP events pop in there for cash game play with plenty of great stories to tell from their adventures at the felt to make it worth at least one visit during your Las Vegas WSOP summer sojourn.

Follow me
Robbie Strazynski
Robbie Strazynski is the founder of Cardplayerlifestyle.com and the translator of Pulling the Trigger: The Autobiography of Eli Elezra. A Global Poker Award winner (2018 Charitable Initiative of the Year), Robbie has been active in the poker media scene since 2009, producing popular written, audio, and video content.
Follow me
Latest posts by Robbie Strazynski (see all)

PrevPreviousThe 5 Mental Aspects of a Winning Poker Mind
NextMotivation, Confidence & Mindset: If They Can Do It, I Can Do ItNext