Sky Is Wrong: HUDs Are Bad For You. Kinda.

“Occasionally, you need to just turn off all the technology and GTO and HUDs and software and all the other damn crap, and just play some real poker.” –Dave “Memphis Mojo” Smith

Using a Head-up Display (HUD) can have harmful effects on your poker game in the long-run. Players who multi-table online with HUDs typically can beat micro- and low-stakes games, but these players rarely move up and succeed at the higher stakes, and they do worse than average in live poker settings. To master the game and become an all-around winning player, you must learn to play—and win—without a HUD.

What Is the Problem with HUDs?

A HUD, such as Poker Tracker or Hold’em Manager, can be beneficial in poker, but there are also risks that are often overlooked or ignored. In fact, there is a dangerous trend toward over-reliance on HUDs in online poker. Beginning students are taught that a HUD is necessary to win. But it’s not.

Yes, a HUD can help you make informed decisions and exploit other players at your table, but an over-use and reliance on a HUD can actually be harmful to long-term success at the game. You must be aware of these dangers.

I am a bit of an anomaly in modern online poker. I am a consistent winning player who does not use a HUD during play. Now; I actually own both Hold’em Manager (HEM) and Poker Tracker 4 (PT4), but I limit their use to capturing data and reviewing hands after a session. I rarely, if ever, use the on-screen display of data during play. I’ll explain why this is my approach in a moment, but first it’s useful to review the process of decision-making in poker.

Poker is ultimately a game of making and executing good decisions. In one form or another, winning players all: 1) read their opponents and put them on ranges; 2) evaluate and analyze these reads in terms of risk and reward, and compared to the strength of their hand; 3) evaluate the analysis and game situation to decide on the most profitable line to take; and 4) execute that chosen line in the most effective and deceptive means possible.

The key to this is that the decision-making process begins with (1) “R-is-for-Reading,” and this always begins with observing and gathering relevant information to use in making those decisions. At first glance, a HUD seems perfect for this; it’s ever-vigilant, continuously gathering statistical trend data on your opponents. From how often they play hands dealt to them (e.g., VPIP) to how aggressive they are with their hands (e.g., PFR, AF), the data a HUD program captures is indeed useful…

…but relying solely on a HUD and your computer to do this for you is shortsighted and ultimately, a serious crutch that can do more harm than good if you’re unaware of the dangers. In fact, there’s more—much more—to making good poker decisions than numbers that a HUD displays on your screen.

Why Are HUDs So Dangerous?

”Technology is a useful servant but a dangerous master.” —Christian Lous Lange

I've been playing poker for close to fifty years, and I’ve taught, coached, and written about poker for nearly twenty of those years. Those who know me understand that I’m a serious student of the game. I’ve conducted dozens of surveys, read hundreds of books, watched thousands of hours of game tape and video lessons, and I pay close attention to trends and data in the industry. And I believe the evidence shows that those who primarily use HUDs to make decisions rarely (or VERY slowly) move up in stakes and make serious money. Players who rely too heavily on HUDs almost always remain stuck in the little games. If this is your goal (and it’s fine if it is, as you can make a respectable hourly win rate multi-tabling micro-stakes tables), you can stop reading now. But if your goal is to become an elite poker player, you need to think of the cost of HUD-centric play.

HUDs collect and display valuable statistical information about your opponent, but this can stymie your full understanding of another player. Flipping between multiple tables and playing tens of thousands of hands per week by primarily using a HUD to base your decisions can and will create poor habits. Said more simply, you end up looking at numbers and not the player.

I’m a math and numbers guy. I’m a professionally licensed mechanical engineer and a gray-bearded project manager who deals in numbers, day-in and day-out. Heck, I used to teach college-level calculus for a living. I get and understand both the power and draw of numbers.

And poker is indeed a numbers game. But it is, just as importantly, a game of people. And nuance. And emotional states. And subtle shifts in meta-game that can have enormous impacts on decision-making. A HUD does a superb job telling you how often a player voluntarily puts money in the pot from an early position seat, or what their fold-to-steal percentages are. And while these are important factors, they don’t tell the entire story. Far from it.

For example, a player who is micro-tilting after being bluffed won’t be clear from the stats your HUD shows you, but this can have a big impact on whether you should steal against them. HUD data can and will often lead you to the wrong conclusion because it’s only part of the required information. It’s like saying you went for an afternoon walk because the statistics said the weather is clear this time of year—but without you actually first looking out the window to see that it’s pouring down rain.

Further, experience has shown that HUD users often end up struggling mightily when they transition to live play. If your goal is to stay at your current online stakes and turn the game into a robotic exercise, grinding out a consistent moderate win rate, then, certainly, rely primarily on a HUD to make decisions. But if you truly want to master poker and eventually play at high stakes, go live, and make the big money, you must learn to play without a HUD.

The sad truth is that most online poker players don’t learn how to do the most basic poker skills, such as keeping track of the pot or stack sizes, as the software does this for you. Honestly, most online poker players don’t even know how to calculate a pot-sized raise correctly. Seriously. And HUD-only users amplify this effect, frequently missing key showdown information, not noticing bet-sizing tells, and being completely ignorant of other vital R-is-for-Reading inputs required to beat more skilled players at higher stakes.

Over-use of HUDs can also lead to other significant issues, from simply not taking good, high-quality notes on your opponents because of the feeling that the HUD is capturing all the important information, to providing a false sense of security about the validity of the data. They also frequently turn poker into a robotic “button-pushing-monkeys” form of rote the-data-says-X-so-I-should-do-Y form of poker. And while this works reasonably well at the micro-stakes tables, it will lead to disaster at the higher-stakes tables, against more-competent opponents.

Another issue that hurts HUD-players is when they play in tournaments, both online and live. An opponent’s displayed VPIP number is just that: a number. It doesn’t consider how it varies with the stage of the tournament or chip-stack sizes. How many hands a player opens in the early hours of a tournament, when chip stacks are deep relative to the blinds, will differ vastly from later stages with low M-values. Or on the bubble. Or at the final table. Or heads-up for all the marbles.

And if these aren’t reason enough to reconsider your use of HUDs, think about this: poker sites have implemented sudden, overnight bans on HUDs, leaving many players frustrated (and losing) when the HUD crutch is whisked away from them. And then whatchagonnado? The answer is both simple and sad: lose.

How To Solve the HUD Dilemma?

”I am not a Luddite. I am suspicious of technology. I am perfectly aware of its benefits, but I also try to pay attention to some of the negative effects.” —Neil Postman

Look, I’m not telling you to throw away your HUD. I’m not even suggesting that you follow my lead and switch off the on-screen display feature during play. I simply want to caution you to be aware of the pitfalls and, frankly, limitations, of playing with a HUD. Here are a few things you can do today to mitigate the negative affects of HUD play:

Over-reliance on HUDs can turn the game of poker from interesting and fun into a literal grind. Worse, a HUD can and will become a crutch that you become dependent upon during play. You can and will lose your ability to pay attention and notice all the other important data and information available during play. And forget about mastering live poker if your HUD is something you need to play with; you simply will be lost during play in a casino or a home game.

A HUD can be a powerful tool, but it can also keep you from moving up, playing against more challenging (and lucrative) opponents, and truly mastering the game. I’m not saying don’t use a HUD; instead, just do so smartly and know the risks.

Oh, and occasionally just turn the damn thing off and play some real poker. 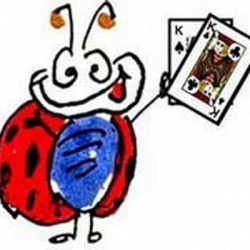 Mark Warner
Owner at Exceptional Poker
Mark Warner is a successful poker player, coach and online educator through his site ExceptionalPoker.com. He's been writing free poker articles and coaching for nearly 20 years because of his love of poker and helping others succeed.

PrevPreviousWhat am I doing wrong?
NextInterview with Duncan Palamourdas of ‘Why Alex Beats Bobbie At Poker’Next