I discuss how you can smartly and safely increase your aggression and go from TAG play to LAG play both preflop and post-flop.

In episode 207, I answered 4 questions about studying apathy, the SPS archive, JTo and learning from showdowns.

Going from a TAG style to a LAG style must NOT be done lightly.

But I get the appeal. It seems pretty glamorous. You've been this profitable TAG player for a while now. You're mostly going for value and pulling off the occasional big bluff, and it's been working well for you. But, you want to continue up in the levels and you know that soon enough, you’ll be contending with a lot more aggression than you do now.

Also, you see these crazy LAG players on television and LIVE streams pull off insane 5 bet bluffs pre-flop with 72o. You see them barrel three streets with a Ten-high flush draw that whiffed on the river, and you see them get maximum value with their strongest hands against unbelieving opponents.

Yep, glamorous, fun and a good way to make money. 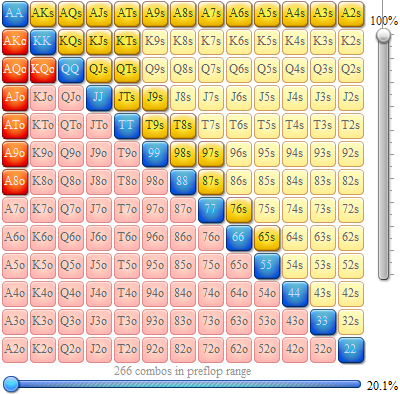 It's a tight range full of strong and medium strength hands and some good speculative hands. 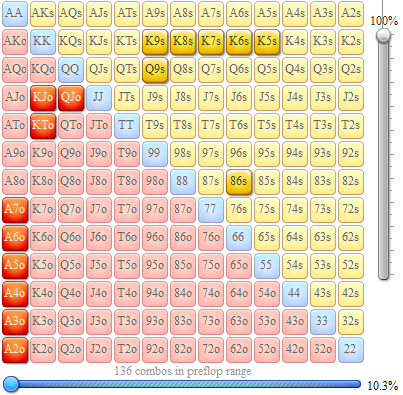 These additional hands aren't exactly clear-cut profit makers. If you can't make A8o or A9o profitable right now, how are you going to make A7o-A2o profitable?

The wider the preflop range, the less equity it has and the more difficult it is to make profitable.

If you currently can’t make money playing a tight-aggressive ranges, then you won’t be able to make wider and weaker ranges profitable.

How TAG play and LAG play profit differently from poker (5:25)

Tight aggressive players profit with solid hand choices. They also find easy pots to win when their opponents show signs of weakness, they seek really good value from fishy opponents, they’re capable of exploiting nits, whales and maniacs. They also save money by folding a lot preflop and post flop.

Loose-aggressive players make money through sheer aggression by exploiting their tight opponent’s insecurities. They target players who demonstrate weakness like limping, calling a ton, checking and calling post-flop. They also utilize their aggression in a way that can make players angry, so they earn even more value from tilting opponents.  LAG’s also profit from exploiting a tight-aggressive player’s tendency to fold and to avoid big pots without the nuts.

There are some consequences that naturally come from playing a LAG style. You see these as a TAG player, but everything is more pronounced when you’re entering more pots and making more aggressive plays than others at the table.

The first consequence is that you're going to see more flops. So, if you’re not confident nor strong in post-flop play, this is going to be a tough hurdle to jump over.

The next consequence is your steals will be fought back against more often. Your preflop ranges are wider, so you’re entering more hands in the CO, BTN and SB. The blinds may start to hate you for this, and in their frustration, they’ll call and 3bet you more frequently.

The 3rd consequence is you’ll face more 3bets from players outside of the blinds. Knowledgeable TAG’s and LAG’s will exploit your wider open-raising ranges with 3bets from the MP/CO/BTN, so expect this.

A 4th consequence will be that limpers will find it extremely tempting to limp then 3bet against your expected isolation raise. Depending on the player, these could be for value or as bluffs, but just expect more limp/raises and limp/calls as a LAG player.

Making a haphazard and dangerous transition to LAG play (8:00)

There is a way to do this safely and smartly, and there’s also a way that you can do this haphazardly and dangerously.

You could just simply decide to be looser and more aggressive without any kind of plan or rationale behind your actions.

Preflop, you could just start opening any two suited cards along with anything connected and any kind of Broadway hand when it’s folded to you. You could also just choose to double your range in every position. Actually, thinking about ranges, you can simply skip the ranges entirely and open anything playable when it’s folded to you. Go ahead and isolate with any Ace, King, Queen or pocket pair, and 3bet like a Maniac while you’re at it.

Post-flop, go ahead and cbet 100% of the time. And not just cbetting, go ahead and bet every time it’s checked to you regardless of the board or your opponent’s range. Attempt as many double-barrel and triple-barrel bluffs as you can. And, don't worry about having any kind of equity when you’re bluffing.  Also, don’t forget to throw out some more check-raises, donk bets, floats and probes while you’re at it.

Of course, do not do anything that I just mentioned. Haphazard play like this is what makes poker profitable for everyone else. Don’t be a spewy LAG-tard.

Smartly Adding Aggression to Your Game (11:50)

The smart way to increase aggression is by changing just one Variable at a time. It’s not a good idea to make simultaneous changes to your 2bet ranges, 3bet ranges, your cbetting hands and your check-raising hands all at the same time. Because if you do this, you can’t measure the success of any one Variable change.

Here's the process for upping your aggression:

1. Choose the Variable you want to change and play 3,000 to 10,000 hands (or more) with a focus on practicing this ONE Variable change.

2. Keep your off-the-felt studies in-line with your chosen Variable. Utilize videos, articles and podcasts to increase your knowledge of the change you’re pursuing.

4. Figure out where things are going right or wrong and make adjustments.

5. Continue playing with the same Variable as your main focus until you’re comfortable.

6. When you’re confident the change is profitable and ingrained in your skillset, move on to the next variable.

To increase your open-raising ranges, I recommend adding 10% more hands to your current range.

Example: your current EP opening range is 10% or 130 combos. Adding 10% would be 13 additional combos. You don’t need to add exactly 13 combos, but 12 makes more sense. You can do this by adding two new pocket pairs for 6 combos each. Or, three new suited hands for 4 combos each. Or, one off-suit hand for 12 combos.  That simple change is going to result in you being 10% more active out of the early positions.

To ease into this transition, you can do this in two steps. Start with the best positions and add 10% to each range from the HJ, CO and BTN. If you find this is working for you, add 10% more hands now to the EP and the SB.

To increase your 3bet ranges, I recommend adding 3 value hands for every 1 bluff hand.

Again, you can ease yourself into this transition by adding 3bet hands to your HJ, CO and BTN ranges.  The later on, add hands to the rest of the ranges if you want.

You normally isolate with hands that are ahead of the limper’s limp/call range, and you raise to a size that will help you steal the pot or get just one caller.

For example, you’ll look down and see AA. This is an easy isolation raise. What about 22? Easy call or fold, you’re not often isolating with 22. But what about QTs? That’s an interesting hand to isolate with, so you’re not always sure whether or not to do it.

To increase your isolation aggression, I recommend making the isolation raise with all of those questionable hands.

There are lots of these semi-strong hands like 88-66, KTs and KJs, QJs and QTs, and even J9s. Go ahead and start isolating with these uncomfortable hands to see how they perform for you and how you like it. Just remember to make it a bet size that will take the pot down or get the weakest player to call you.

Calling isn’t aggression, but calling more often in the CO and BTN will give you more post-flop IP aggressive opportunities against wide open-raising opponents.

If you want to try this, I recommend adding 10% more calling hands in these two positions. This will give you more opportunities to earn the pot post-flop once your opponent demonstrates a sign of weakness.

Because you’re aggressive, you see the flop most of the time as the preflop raiser with the opportunity to Cbet.

I recommend that you try to increase your cbet percentage by 5% to begin with.

Example:  Maybe your cbet stat is at 55% currently. This could equate to cbetting your mid-pair or stronger hands and your gut-shot or better draws. You can continue cbetting these hands, but tack on 3rd pair hands and back-door flush draws.

You’re not going to be able to hit exactly 5% more cbets. But, if you play your sessions with the goal of finding and taking advantage of more bluff and semi-bluff cbet opportunities, you're naturally going to increase your cbet aggression.

Most players check-raise for value at about 10% of the time with 2p or better hands.

To increase your check-raise aggression, I recommend testing out check-raises with nut flush-draws, nut straight-draws and even the occasional TP hand. If you’re check-raising for value, have an idea that they can continue with worse. If you’re bluff check-raising, then know that they can fold to your chosen sizing. Look for players who fold to a raise after cbetting at 60% or higher and target them.

Float bets, according to PokerTracker 4, are made when you’re IP and the preflop raiser fails to cbet. They’ve just shown weakness, so a float bet can work to steal the pot. This is related to the increased preflop calling Variable I discussed earlier. Take a look at their Fold to Float stat and target players at 60% or higher.

Probe bets, according to PokerTracker 4, are made when you’re OOP and the preflop raiser failed to cbet on the prior street. They should’ve made the IP cbet to try and bluff you off the pot or gain value, but they showed weakness instead by checking. This is a great opportunity to take the pot down from OOP. Just look at their Fold to Turn Probe or Fold to River Probe stats before you make the bet.

Here’s my challenge to you for this episode:  If you’re intent on upping your aggression, choose one Variable to change this week and jump into action. This must be your focus with each session you play and make sure to tag and study every related hand. Also, find some additional content to study regarding your chosen variable.

Jordan Lesesne supported the show by picking up PokerTracker 4 through my affiliate link.  I sent him my Smart HUD in appreciation.

Hai Le is a PokerTracker 4 user and soon to be, a PT4 master!  He purchased my Getting the Most from PokerTracker 4 Webinar this past week.  Thanks for the support, Hai, and having fun learning to use PT4 to up your study game and to crush your opponents.