Poker Actions Speak Louder Than Words – So Listen up!

I truly believe the old maxim, “Actions speak louder than words.” And that's no more true anywhere than in poker.

In this post (with video and podcast below), I help you learn to finally listen to what your opponents are telling you.

Watch me play a few hands of poker as I help you listen to your opponents:

“I am a lover of what is, not because I’m a spiritual person, but because it hurts when I argue with reality.”

I love this quote from Byron Katie, an American speaker and author who wrote an incredible book called, Loving What Is.

A lot of pain in life, and in poker, comes from non-acceptance of reality.

You’re late for work for the 10th time and get written up. “My boss is such a jerk! It’s just 5 minutes!” Reality check: it was your choice to stay up too late bingeing your show on Netflix and hitting snooze 7 times on your alarm.

Your dog pooped on the rug, again, and you’re forced to clean it up… again. “Darn dog! When’s he going to learn to poop outside!?” Reality check: you’re the one who hasn’t trained your dog to poop outside yet.

These same things happen in poker.

The normally passive player suddenly wakes up and raises your AA when the 3rd spade comes on the river. “My AA can’t be beat! Maybe this fish is bluffing… I call.” Reality check: passive players only raise on rivers with the nuts.

The TAG player, who NEVER limps, limps into the pot. You hold 88 and decide to iso raise, then you’re surprised when he raises you 4x your bet. “What kinda jerk limp/raises? Maybe I’m still ahead… I call.” Reality check: limp/raises from TAG’s is a play to sucker more chips out of you with their KK or AA.

Every action that your opponents take should speak to their potential hand strength. You just need to listen to what they’re actions are telling you.

I reviewed a hand the other day with a student I’ll call “Denying Denny”. He’s getting much better, but still has had a hard time listening to what his opponent’s actions are telling him, and this hand illustrates that perfectly.

Denny ignored this sign of strength and raised to 15bb’s, Fishy Frank called.

The turn brings the 8h, putting 4 hearts on the board.

Reality check: the 4th heart means that Fishy Frank has a flush, potentially the nut flush, based on his flop play.

Fishy Frank checks and Denny bets ¾ pot with the 4th nut flush. Fishy Frank makes a min-check-raise, leaving behind only 27bb’s in a 118bb pot.

Reality check: A fish would only check-raise on a 4-heart board with the nut flush, especially against a large ¾ pot sized bet. The 2nd, 3rd or 5th nut flush would just check-call in hopes that Denny didn’t have the Ah.

Denny shoves in his remaining stack, putting Fishy Frank all-in. The river is a 6d and Fishy Frank tables the Ah4s for the turned nut flush.

Reality check: Denying Denny lost his full 100bb stack due to his inability to listen to what Fishy Frank’s actions were telling him. If Denying Denny had just called on the flop then folded on the turn when the 4th heart hit, he would’ve saved himself 92bb’s and a lot of heartache.

Here's a hand of my own where I used “Actions speak louder than words” and exploited what my opponent was telling me.

I open-raised with A7s in the EP and noticed the BB was a fish.

I color coded his HUD green and I also read one of the auto-generated notes that said, [F] Donks flop with top pair or better (1)”. This is useful info.

He’s the only caller and the flop comes J28 with 2 hearts. No help to me at all. 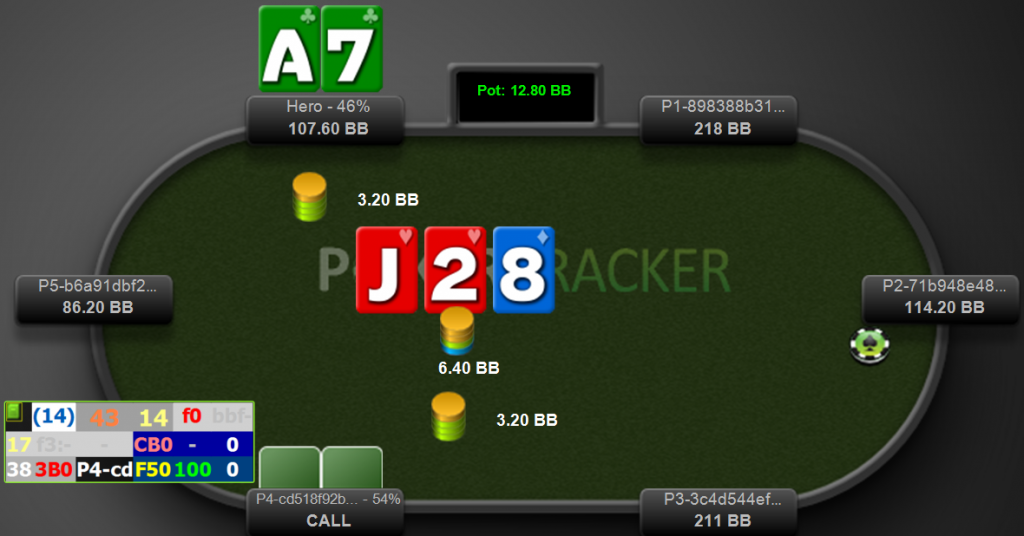 He doesn’t donk, so I doubt he has a TP hand here.

He checked to me and I cbet bluffed half pot, and he calls.

The turn comes the 3d, putting two hearts and two diamonds out there. So, now he donk bets but for only ¼ pot. I suspected this was a weak bluff or blocking bet. 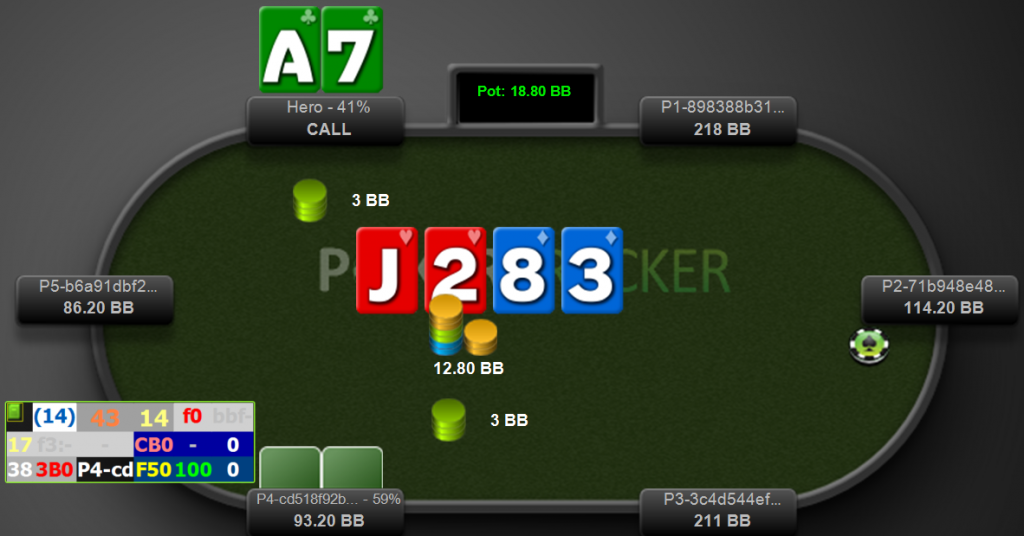 I could’ve bluff raised on the turn, but he’s a fish and fish don’t fold draws. So, I called with the plan of bluffing the river if the flush draws do not complete.

The river is the Tc making the final board a rainbow J283T. Lovely, the flush draws didn’t complete. So,  he makes another tiny 3bb bet into the 19bb pot. I knew he was bluffing so I bluff raised him to 14bb’s and he folded. 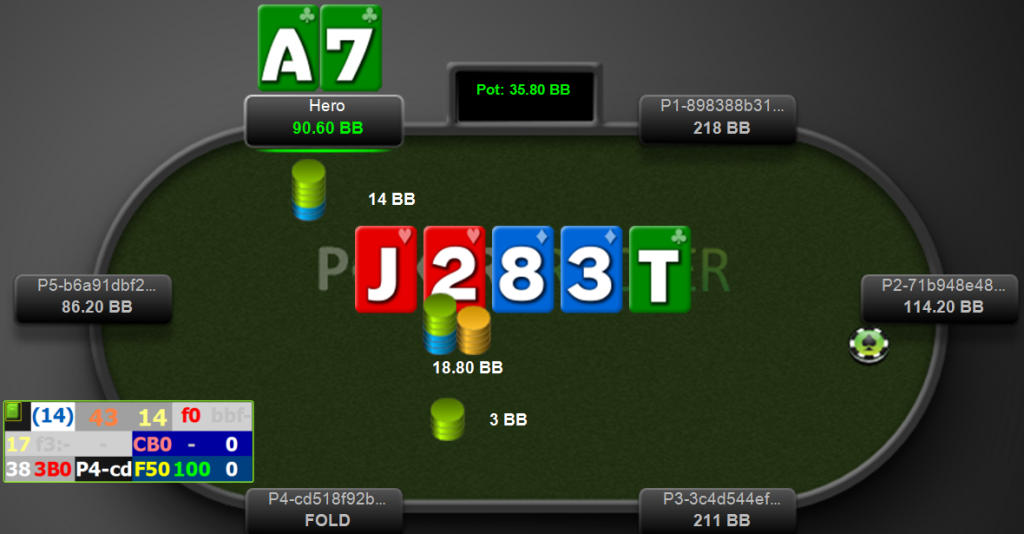 My listening to his actions AND his history told me he was weak and I found a way to exploit my read.

I’ve had to develop my listening skills over the years and I want to help you do the same. Action is the greatest teacher, so I have 3 action steps to improve your poker listening skills right now.

Good luck and have fun learning how to listen to your opponent’s actions.